Visit of His Excellency Mr. Jean-Pierre Thébault Ambassador of France to Australia to Melbourne.

On Wednesday 14 and Thursday 15 December, His Excellency Mr. Jean-Pierre Thébault, Ambassador of France to Australia, was visiting Melbourne.

These two days were an opportunity for HE Mr. Thébault, accompanied by Myriam Boisbouvier-Wylie, Honorary Consul General of France in Melbourne, to meet businesses and the French community in Melbourne.

The first day consisted of visits to French engineering projects in the city.

It started with the very important Hazelwood Rehabilitation Project of Engie. Following the closure of the Latrobe Valley coal mine, Engie is setting up a 150 MegaWatt battery site, showcasing their effort to switch from thermic to renewable energies. 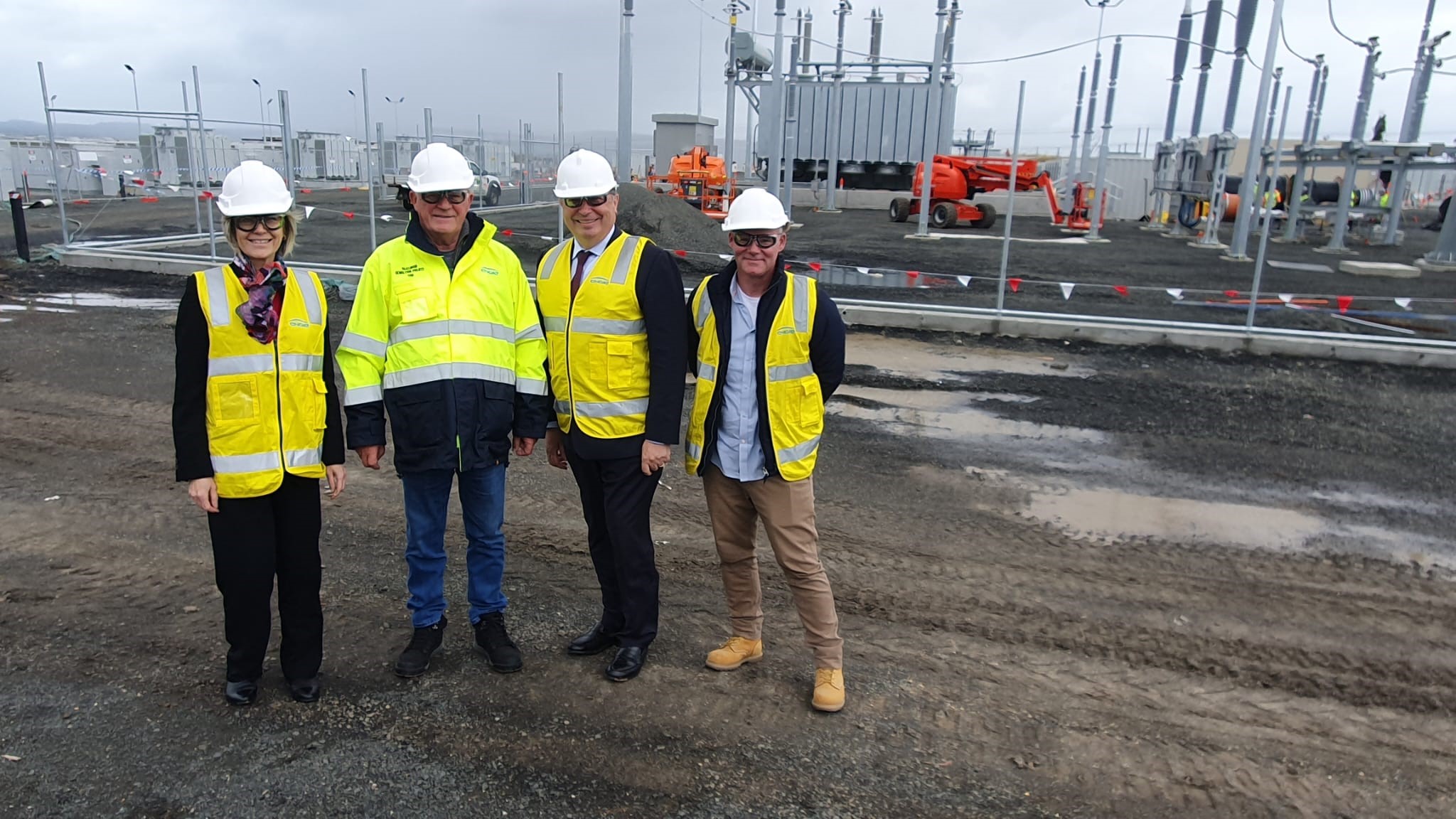 ENGIE’s battery site on the former Hazelwood coal mine site.

This visit was followed by a presentation of Alstom at their manufacturing site in Dandenong South. 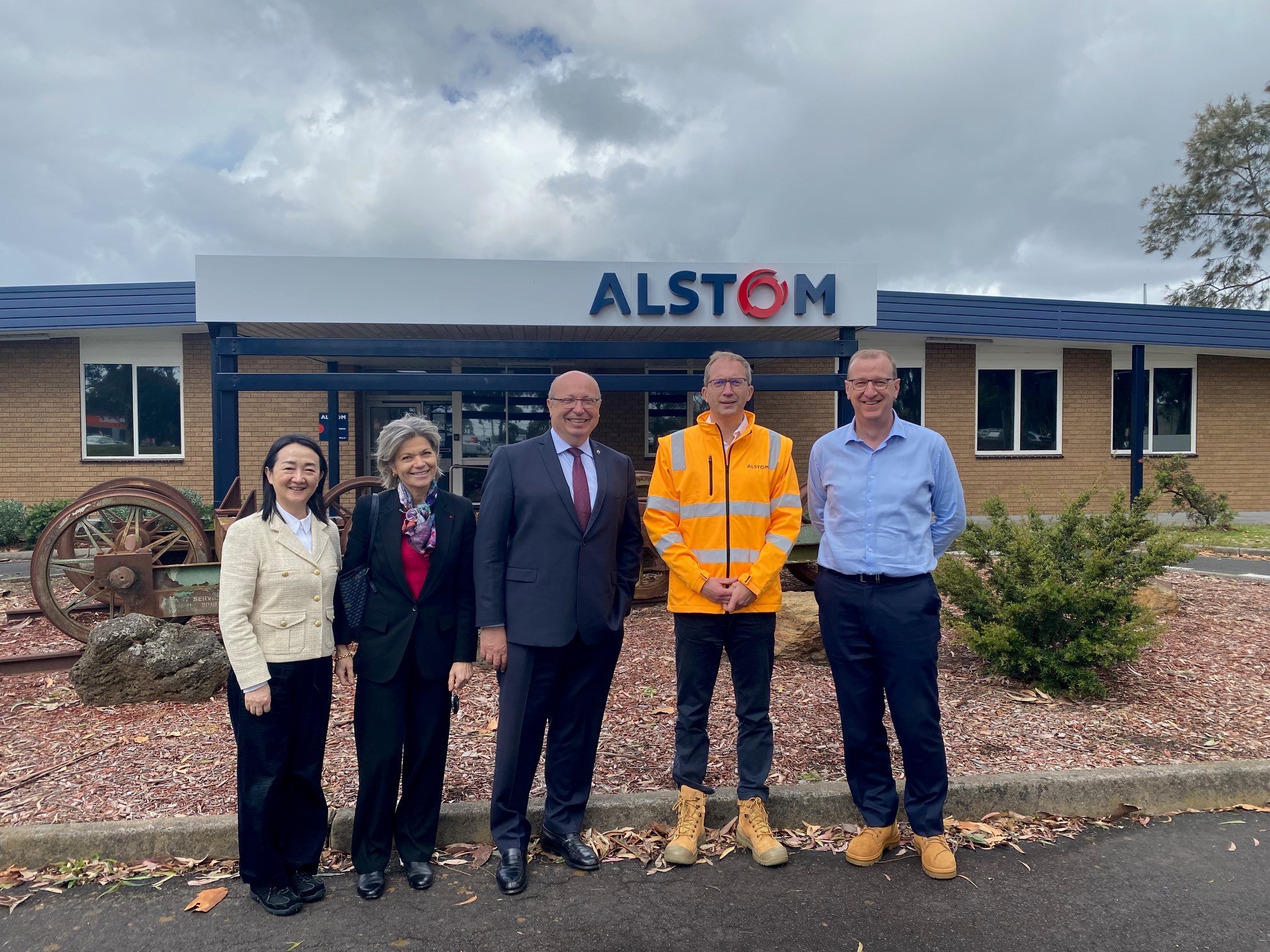 The day finished with a meeting with Brad Lloyd representing the Servier laboratories.

The 15th of December started with the highly anticipated France-Morocco 1/2 finales in the Soccer World Cup. HE Mr. Thébault did not hesitate to get up early to join the supporters of the “Bleus” at the Turf Sport Bar. 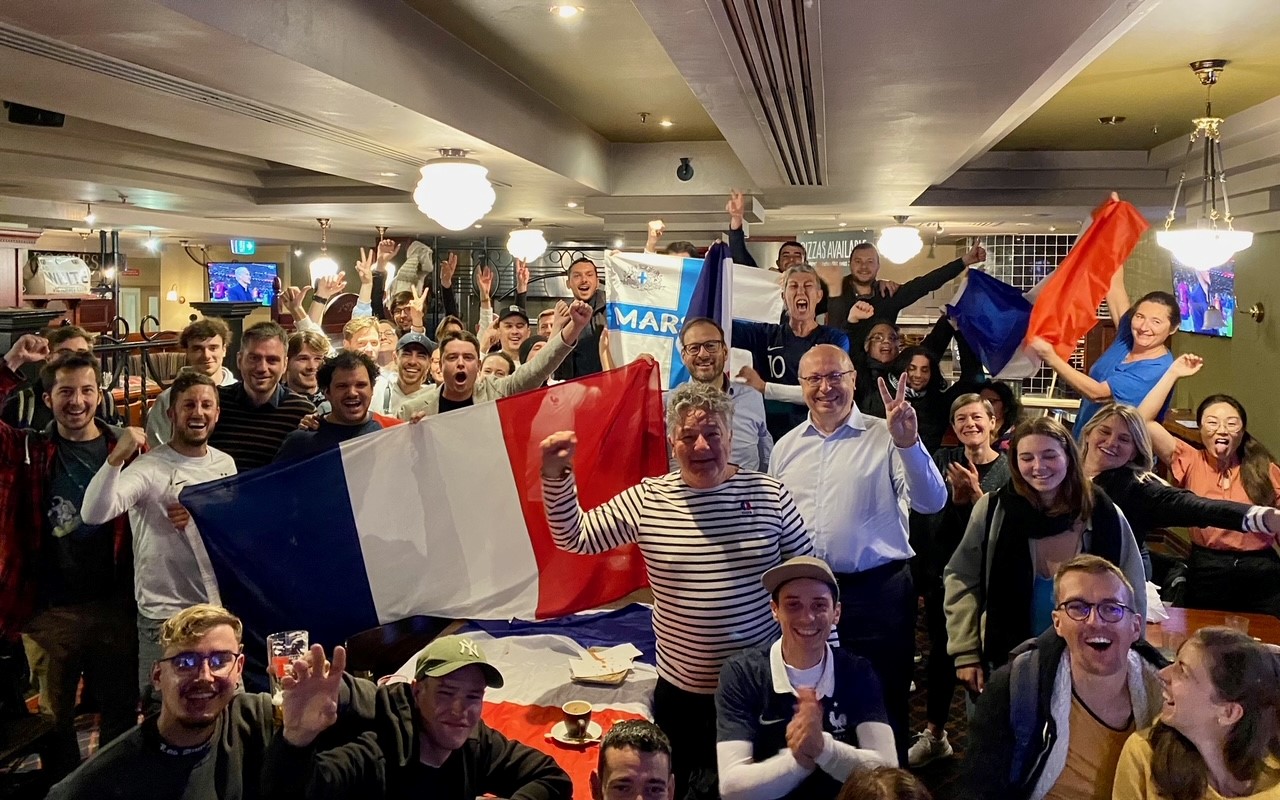 The morning continued with an exchange with Senator James Paterson before progressing to a visit to Caulfield Junior College and the French School of Melbourne in the company of Boris Toucas, the Cultural Counsellor to the French Embassy. 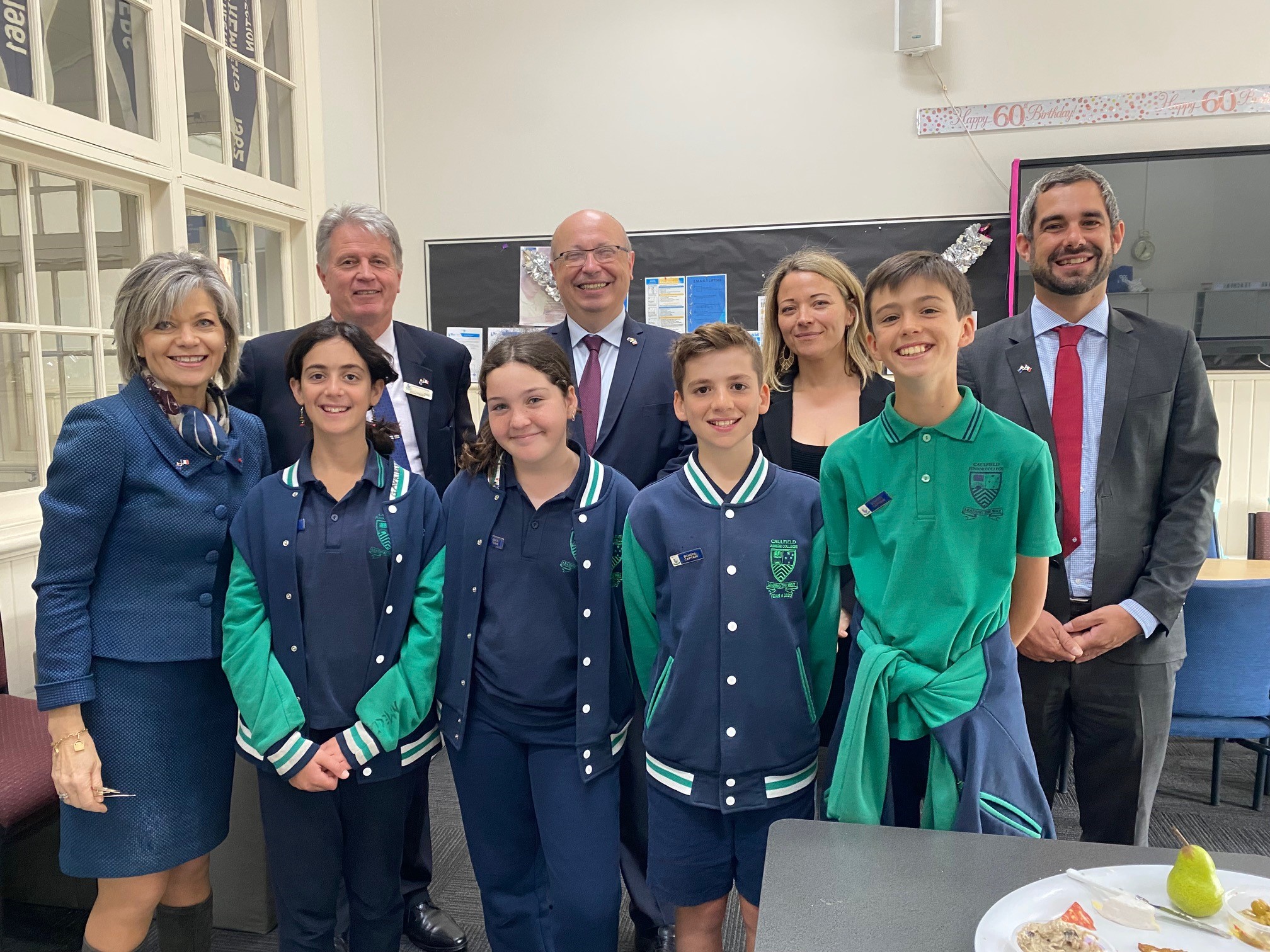 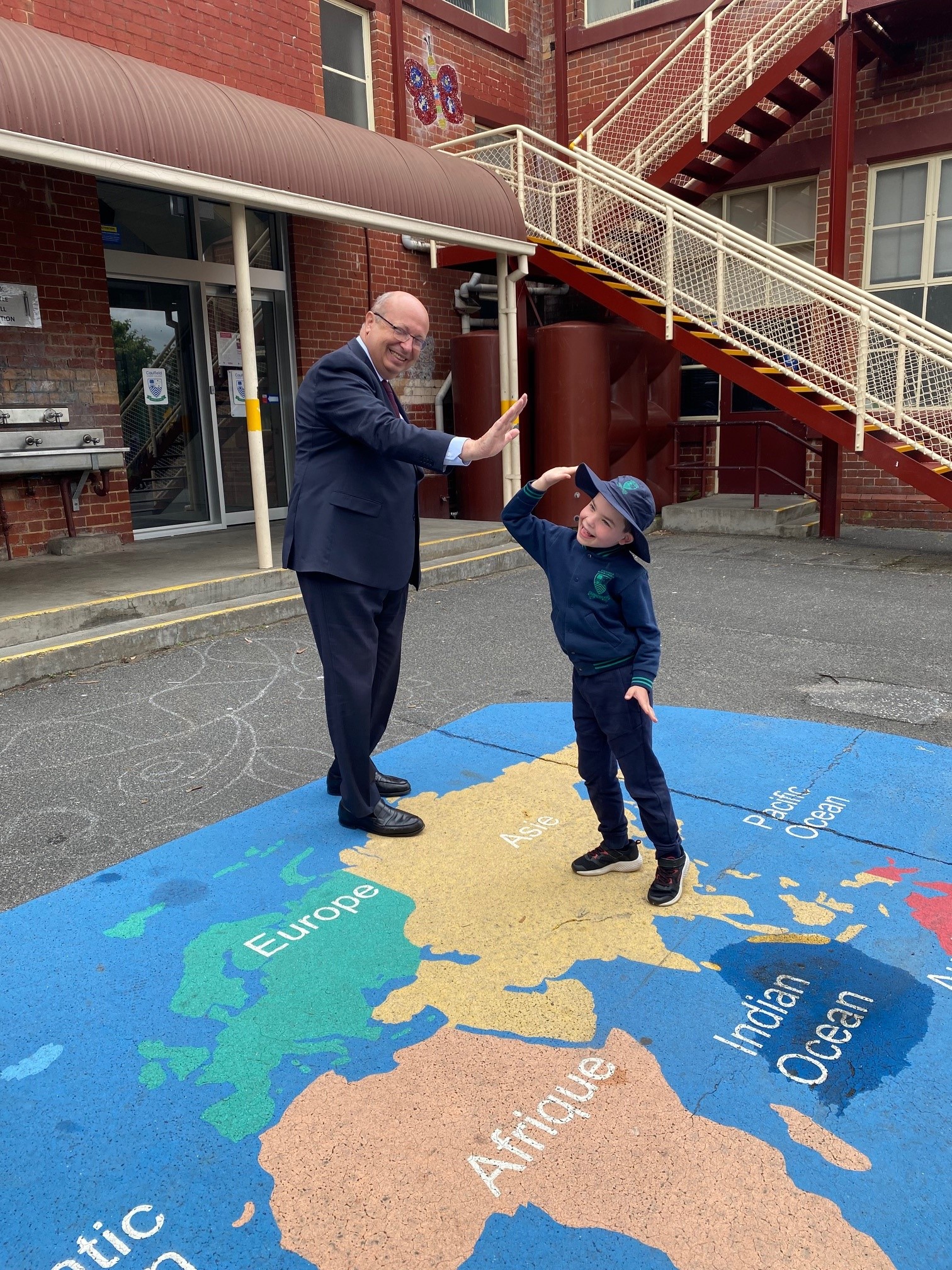 Then, HE Mr. Thébault visited Esther Wise and Bella Barclay, both Holocaust survivors. 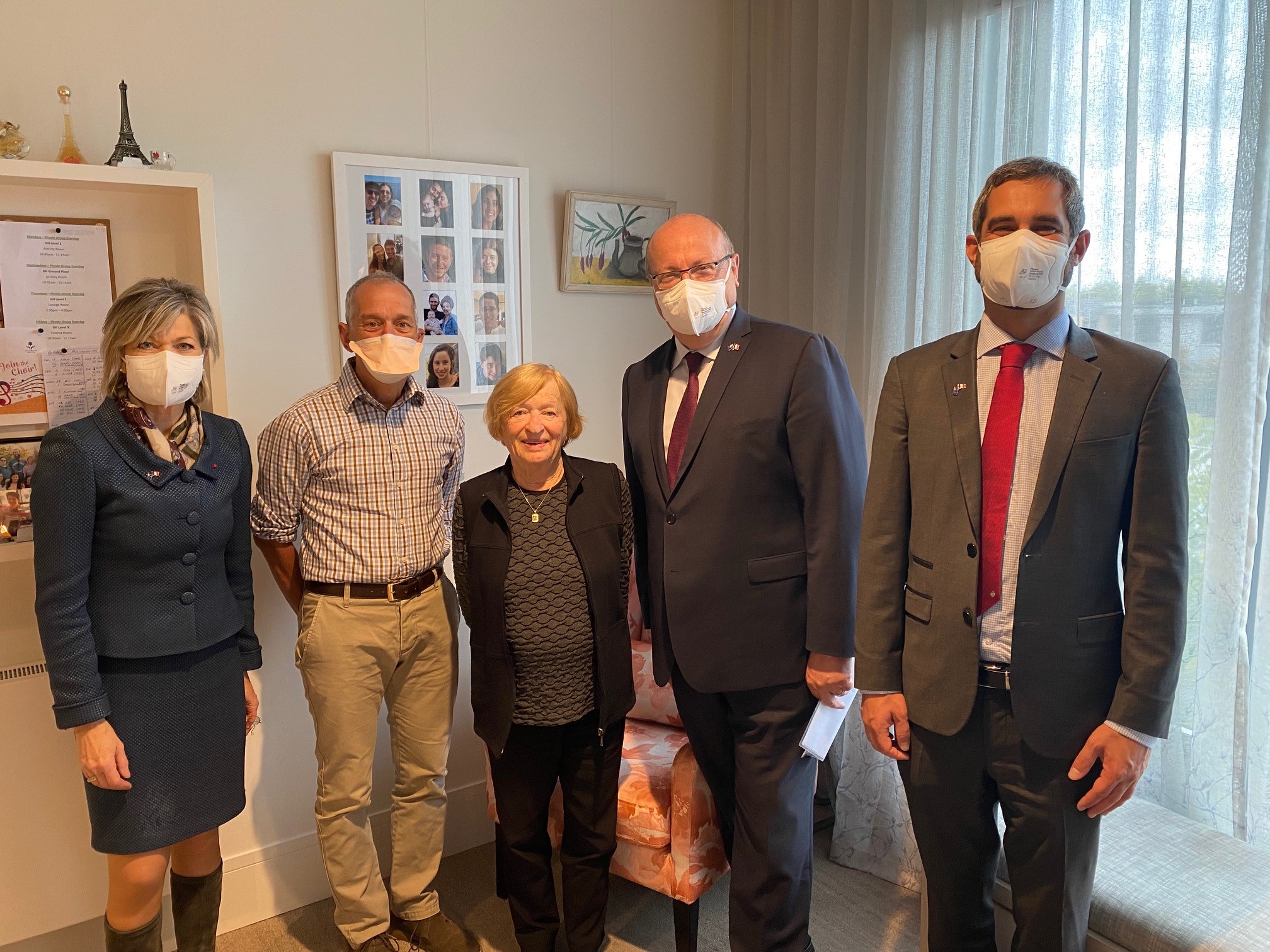 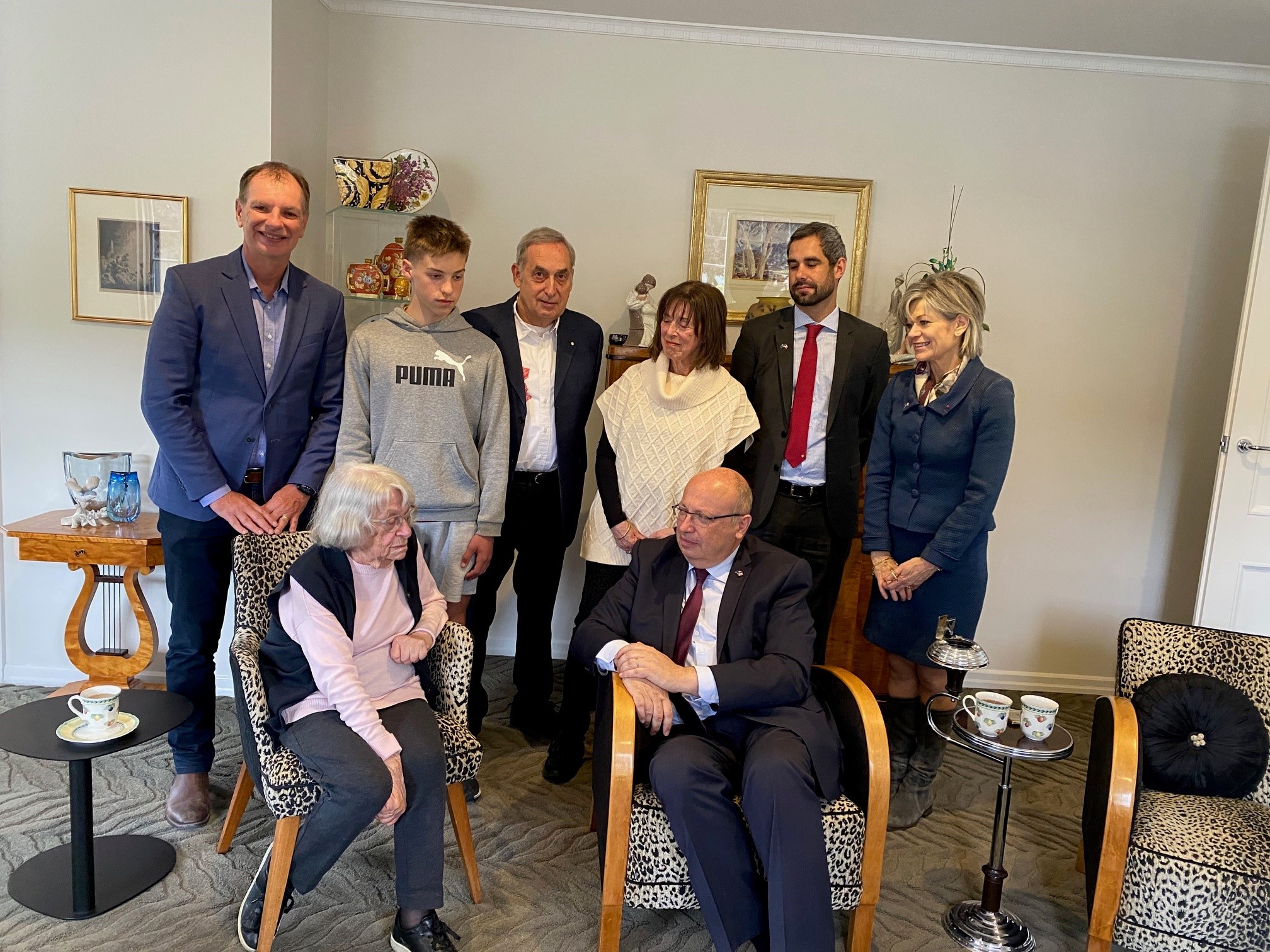 The afternoon ends with a meeting with Tony Ellwood at the National Victoria Gallery on the subject of the museum’s French Art Program in 2023.