On Thursday, November 24 at 8:30 p.m, Melbourne will be one of the four cities in the world outside of France which will show the film of the Indochine concert, the biggest French group which has sold more than 13 million records.

The INDOCHINE CENTRAL TOUR concert film will be screened at the IMAX Theater in Melbourne in a single screening. This concert is the first concert filmed especially for IMAX with 22 cameras. A pleasure for the eyes… and the ears!!

Tickets on sale on the IMAX website with the movie trailer 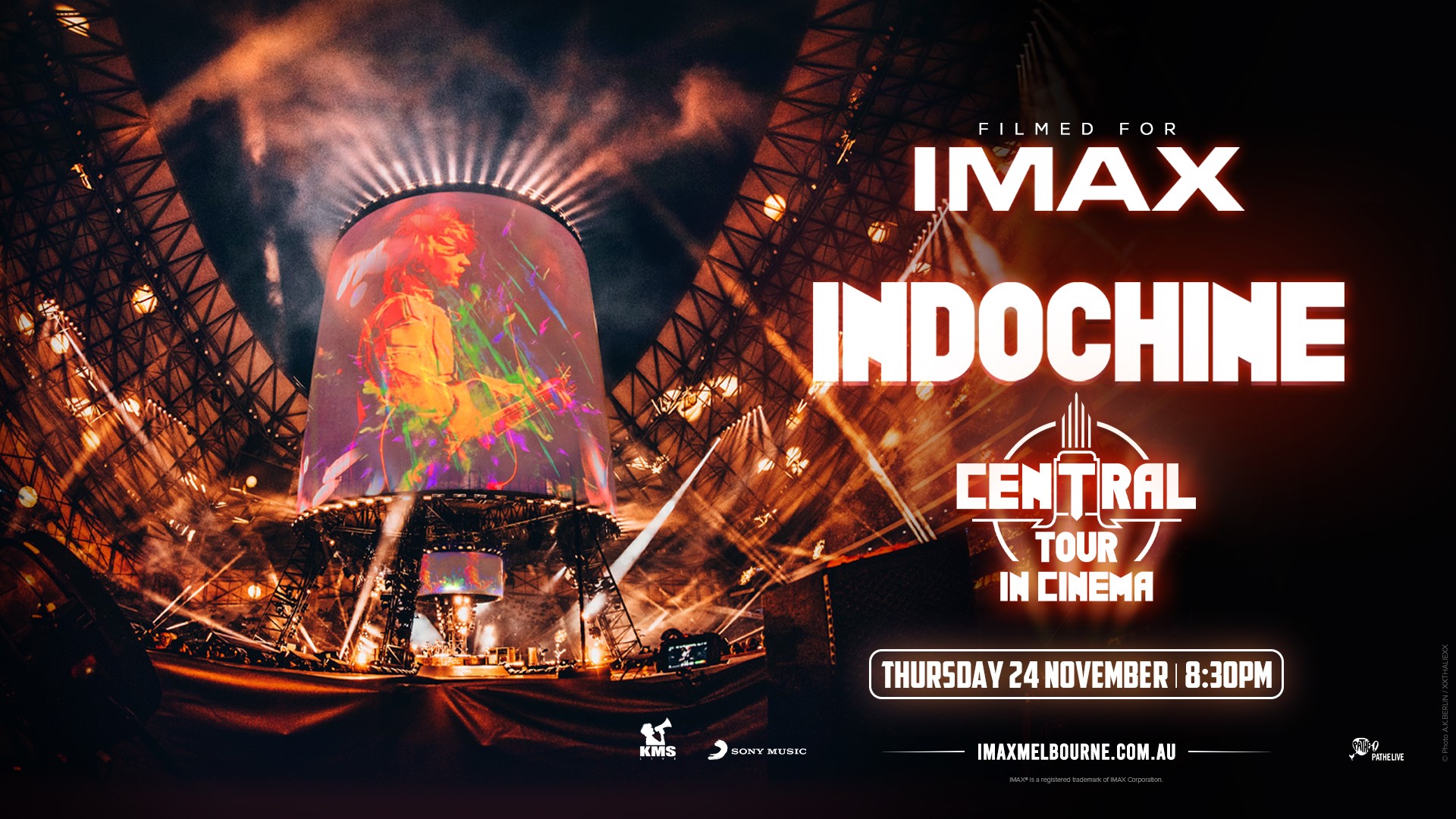 Celebrating the 40th anniversary of INDOCHINE, the CENTRAL TOUR, which was played to sold-out crowds in 6 stadiums in France, revealed an anthology show. They played at the Stade de France in front of almost 100,000 people, an absolute record.